Interested? Read more about how the Rally works and what’s involved…

From cap to hoodies to gillets, we have everything to keep you moving in style…

Just a few of our adventures…
SEE ALL NEWS 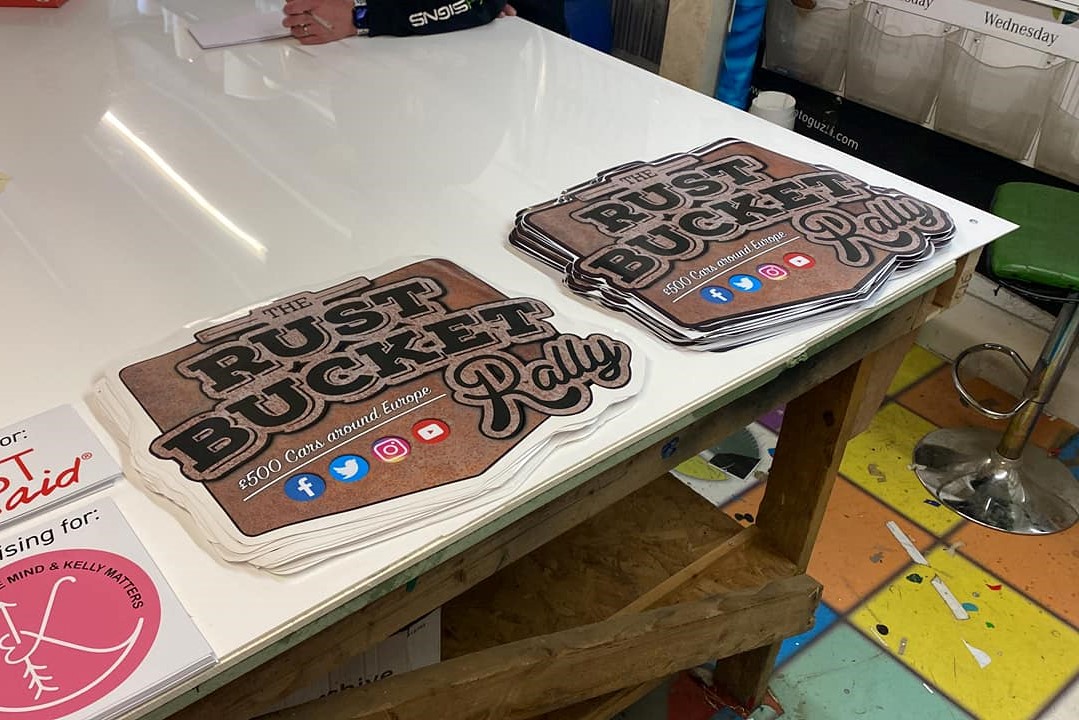 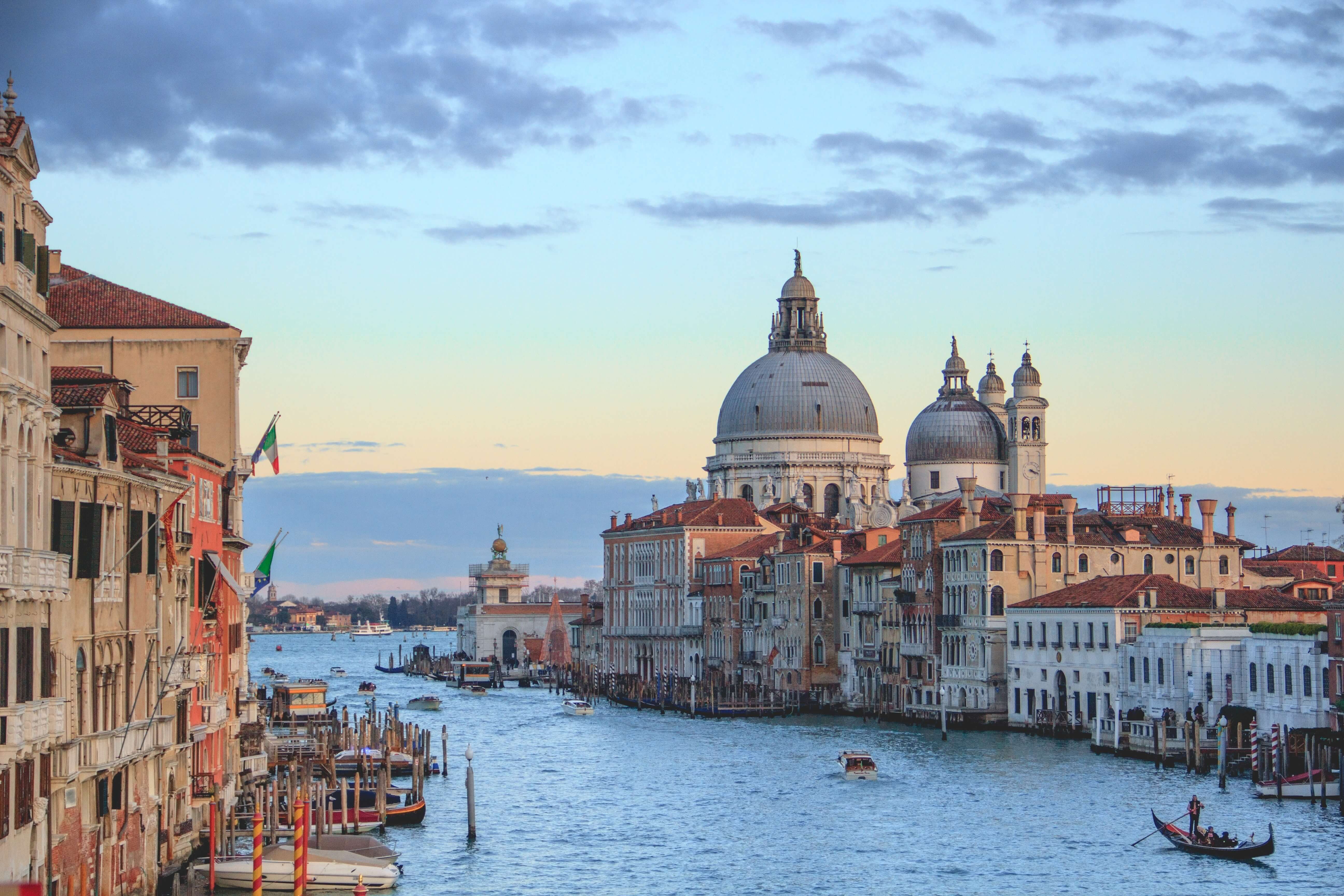 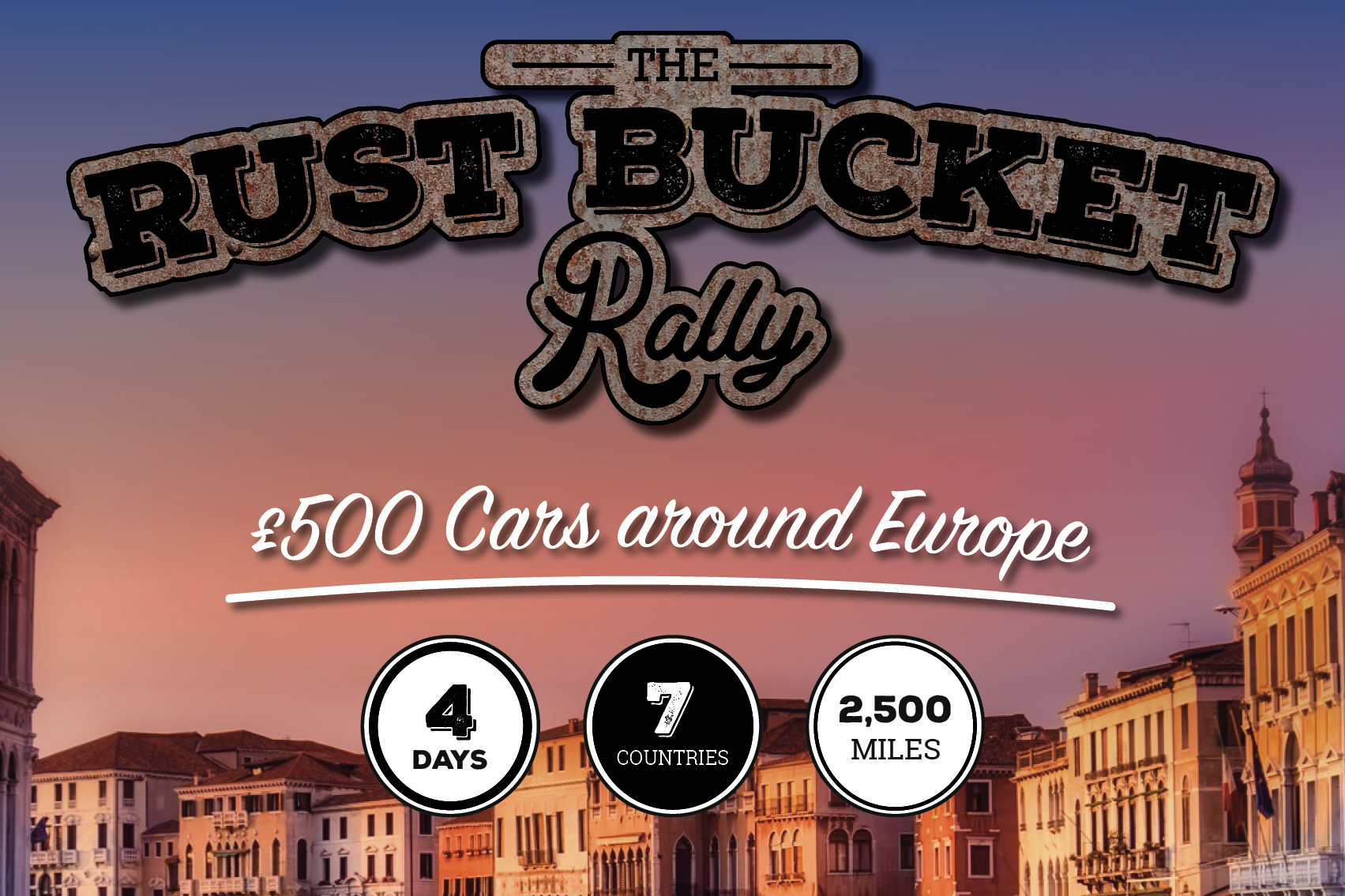 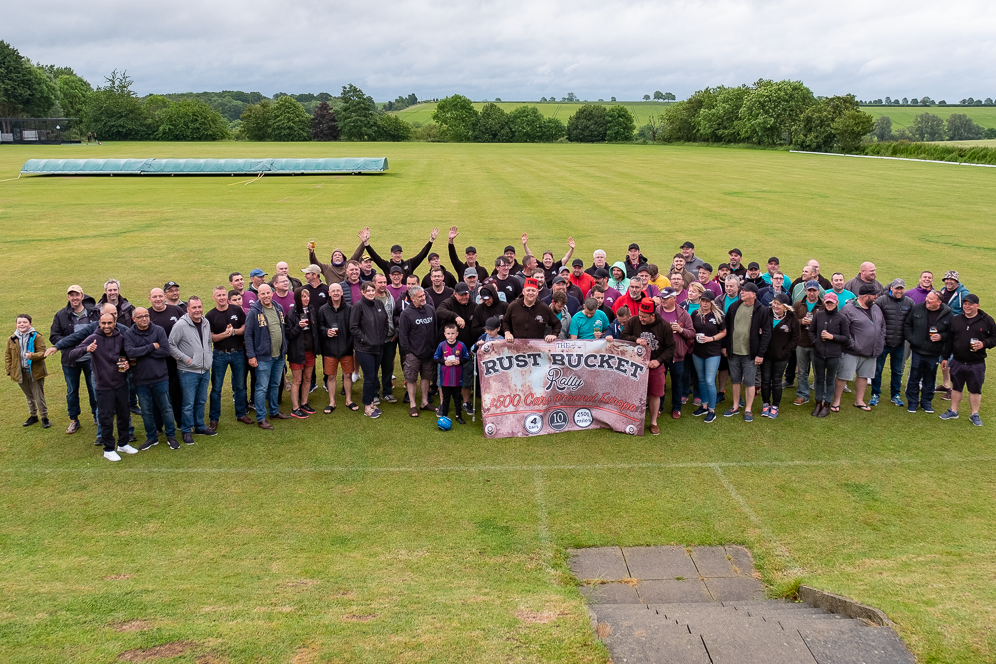 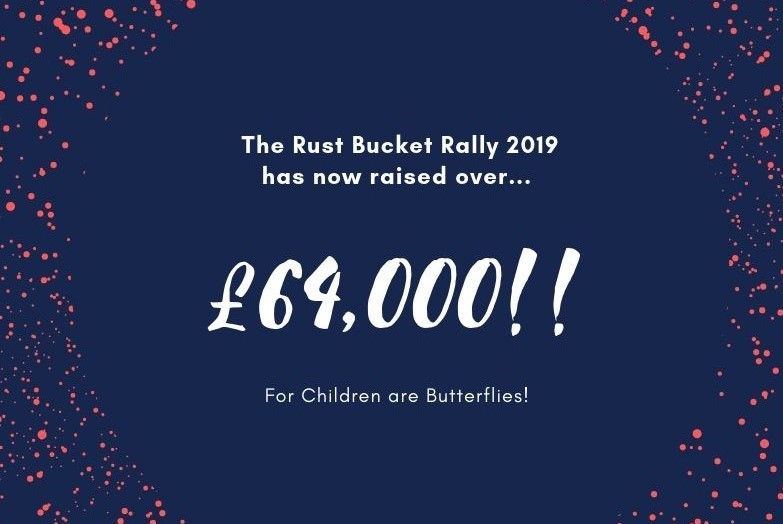 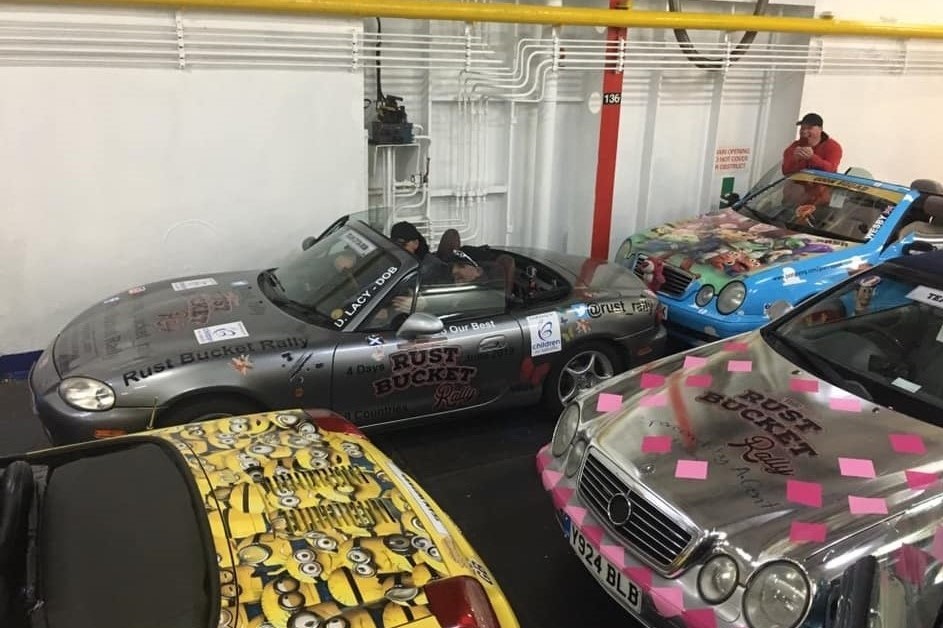 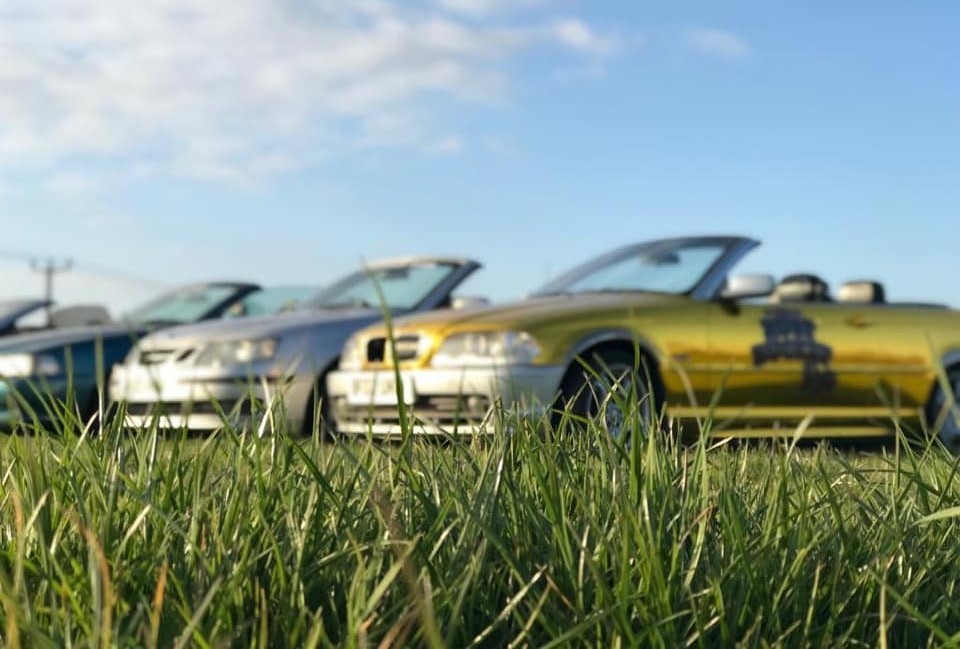 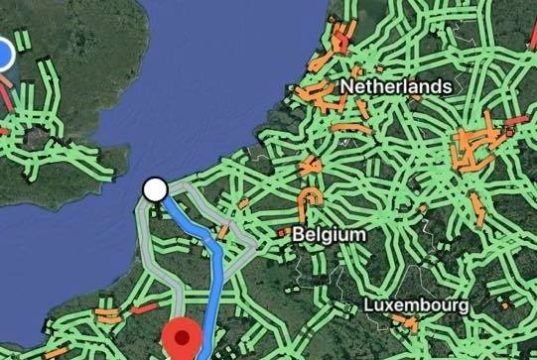 Our past drivers have their say

Our charity Ups ‘n’ Downs took part in and were the beneficiaries of the 2016 Rust Bucket Rally.  The whole trip to Venice and back was an experience none of us will ever forget!  The organisation from start to finish was absolutely spot on. Carl was a pleasure to work with, organised, calm under pressure and an excellent host for the whole adventure!

In June 2018, 40 teams took part in the Rust Bucket Rally Challenge. The organisers of the Rally decided to raise funds for the cardiac charity SADS UK, as it is a charity close to their heart.  The support from the participants was absolutely amazing and together they raised a fantastic £40,000. Supporting the national cardiac charity SADS UK, has enabled a substantial number of defibrillators to be donated and therefore safeguard their community. Carl and Richard are both professional in their attitude, dedicated and passionate about the charity they are raising funds for.  It has been a pleasure working alongside them and we wish them well for this year's Rust Bucket Rally Challenge.

The  massive support we had throughout the 4 days from Carl and Richard, detailed maps, meeting locations, the views from the routes that had been planned, the evening entertainment - all were brilliant and the other Rust Bucketeers from previous years made you feel welcome and part of the group. Completing the RBR gave me the biggest sense of achievement knowing that as part of the RBR family we had raised money for a great charity and helped saved lives !

I did my first ever RBR in 2017 and the organisation before we left was excellent, all hotels, ferry, stickers and co-ordinates were all sorted for... While on the rally we drove some spectacular roads with lovely views, stayed in some nice hotels and had evening meals put on for us. I enjoy it that much I plan on doing it every year!

We Saw, We Came, We Conquered and now back for more!

We've now done the Rust Bucket Rally twice and it's been absolutely brilliant, both times! The routes are hard work but absolutely stunning, the destinations are awesome and the team spirit and fun from everyone is just brilliant. If you're thinking about coming along then do it - you definitely won't regret it.

We first did the Rust Bucket Rally two years ago and had such an amazing time that there was no question we'd be back for 2018! 3,000 miles over 4 days in a £500 car is a challenge, but we've been fortunate enough to drive along some of the best routes in Europe with breath-taking views!

What are you waiting for...
Get in touch to find out how you can join us!